I am sure you have come across articles, both on the broad sheets and online, in the last few months, talking about the new gig economy. As an advocate of home-based jobs, and with my background in corporate and public sector employment, I find the subject most intriguing. So, let me give you my take.

The New Gig Economy – What Is It?

Economists and the broader business world and media have started addressing as the new ‘gig economy’ any type of career classed as self-employment.

It is seen as opposed to employed job, where you work for an employer and benefit from a regular salary and all other contracted perks, such as sickness pay, annual leave pay and possibly other work related expenses.

On the other hand, by gig economy the experts refer to freelance work, or self-employed work, where you have your own business and have to find your own source of income and clients to guarantee a regular revenue stream.

These types of career are not to be mistaken with zero-hour contracts, as under this term of employment you are still on an employer’s payroll system, and you are still entitled to small benefits, such as paid annual leave. But the benefits some employers may offer may be proportional to the number of hours worked every week or month.

What Jobs Fulfill The Gig Concept

Anything that falls under the self-employed category can be classed as ‘gig’ career.

You can have your own plumbing business, where you set up your own business and may or may not have overheads, or employees, working for you. The point is that you will have to find your own clients in order to create revenue. A business model based on property trading can eventually expand to becoming a small business, and can equally be applied to property portfolio holders or property management industry. These are only a few examples of a myriad of possibilities of course.

On the other hand, if you think of skilled work, creative or academic, you could take the example of actors, musicians, or teachers even; photographers, graphic designers; again, possibilities are endless. But for all of these jobs, you can work for an employer, but you can also take on short term contracts, where you commit yourself to specific projects. Or you can work on specific one-off jobs.

All these types of self-employed careers goes to contribute to the steady growth of the so-called ‘gig’ economy.

Growth Of The Gig Economy

Like with any life choice, career is very much part of our every day lives. I am falling into the rhetoric here, but that’s true. Often we end up living where our jobs are, because ultimately jobs are what gives us the sustenance for a good living.

Before asking who this type of economy is best suited for, you want to ask yourself why the ‘gig’ economy has grown in the last decade or so.

Because yes, the ‘gig’ economy has grown. According to The Independent, self-employed workers in UK have doubled in figure since the turn of the century. Likewise BBC News some couple of years ago cited the growth of the ‘gig’ economy in London by 72%.

There are several factors that contribute to the increment in ‘gig’ jobs:

Who Are Gig Jobs Best Suited For

All the above said, can you see where I am going with this?

Because yes, virtually there is no-one that cannot work on a ‘gig’ career.

Students can supplement their limited monthly allowance with ‘gig’ jobs, such as courier, uber driver, or giving private tuition to school children.

Parents of children of any age group can find the opportunity of working on single projects, and often from home, equally beneficial. That’s because ‘gig’ jobs bring the much craved flexibility that a 9-5 job does not grant you.

Progressing through the natural life expectancy ratings, when you are of working age but your children start growing up, you may want to consider ‘gigs’ as a way to supplement a regular income. Children grow older and, like with my son, they have aspirations to carry on their studies into higher education. I, like I am sure most parents, want to help my son – and whilst he fully understands he cannot go for anything that he cannot afford, it is only but natural that within my physical limits I try to help him as much as I can.

And then, later in life, when retirement comes from your regular job, as life expectancy has grown in the last decades, you find that you may actually do something to keep you occupied whilst earning you a few ‘bobs’, again to supplement your pension.

As you can see, the new ‘gig’ economy suits all walks of like and all age groups. But ‘gig’ jobs are very much sought after also as main income stream, when redundancy and unemployment hits you.

You can safely say that ‘gig’ jobs are a new way to reinvent yourself when faced with the necessity of earning some money.

Disadvantages Of The Gig Economy

Undoubtedly there are disadvantages to ‘gig’ jobs.

The main one is the fact that it does not offer a secure and steady income. You may earn an enormous amount of money for a specific project, and then never come across other assignments for weeks on end. 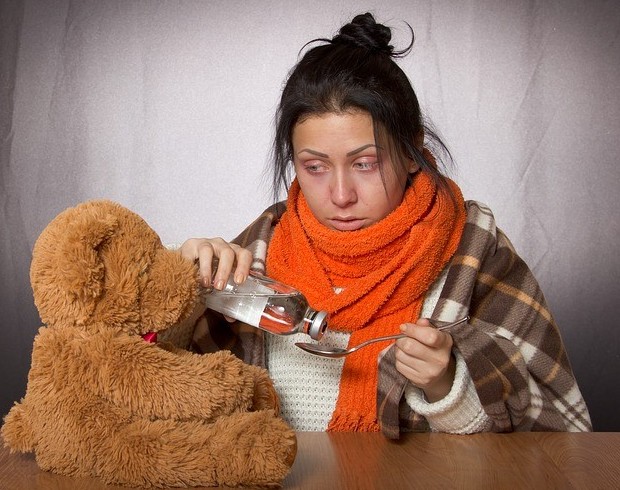 With a lack of financial security comes also the lack of benefits that most employers, even employers of small businesses, by law have to give you: paid annual leave allowance and paid sickness periods (which however for smaller businesses is equivalent to the welfare system sickness allowance).

‘Gig’ jobs do not give you financial stability. But that does not mean that you cannot earn a healthy, in fact a wealthy living, out of the ‘gig’ economy.

Admittedly, you may think ‘why chuck down the chute a job which gives me financial reliability, for the sake of a non-secure income?’. Granted.

I suppose the beauty, or the advantage rather, of ‘gig’ jobs is the possibility they give us for versatility, flexibility and creativity. All things that, at some point in life, we all want, or we all resort to, if hit with unemployment.

This does not necessarily mean that ‘gig’ jobs are only those assignments or projects which involve creative art. You could become a minicab uber driver, or a delivery person, where you get paid by the number of calls you get or by the number of deliveries you make respectively.

As far as I am concerned, the greatest benefit to working in ‘gig’ mode is the fact that, of course, you can work from home and you can organise your days relatively flexibly.

As a full time working mum for many years, not being able to be at home, and organising my days and my family life around the 9-5 work obligations meant I had to sacrifice a lot, and I had to ask the same of my young son.

My Take On The Gig Economy

Please allow me to be blunt. If financial security is absolutely everything to you, and more, then a permanent employed career is what you want to go after.

However, remember, a permanent employed career is one where you get paid the same money month in, month out, regardless of whether your job requires you to contribute to the corporate cause over and beyond your job description.

Let me give you my example again, as it is one story that many people, especially parents, may relate to quite easily.

Like with all parents, I wanted a regular income for my family, so that I could secure a roof over my family’s roof, as well as being able to afford every day expenses: food and bills.

I was lucky as I always managed to be in employed work.

However, things could have gone completely different for me. I could not have been able to find permanent employed work. And then, what would I have done? I most probably would not have sat on my comfy chair feeling sorry for myself – that’ not my nature. I would have kept trying to earn my living for myself and for my son, and I would have been more than glad to accept this 3 month secretarial job, and that parcel delivery ‘gig’ for 2 hours a day, as well as helping primary school children with their reading 2 days a week.

This type of arrangement would have enabled me to keep working, as well as to organise my day, whilst my son was at school. It would also have left me time to pursue my online career, writing articles, blogging and being an all around online entrepreneur – something I am doing now, but, had I known, I would have started much sooner in life.

I do believe the ‘gig’ economy was born and embraced by our society out of necessity, but it is certainly something not to be discarded as bad for the business world. Yes, it encourages people to be versatile and creative about their career. Is being versatile and creative all that bad for our economy. I don’t think so, do you?

On this note, I am virtually passing the keyboard to you. It would be absolutely smashing to hear from you. Are you a ‘gig’ worker? or you would like to be one? What do you think of this whole new concept of ‘gig’ economy? Leave your comment below to share your views!